We would like congratulate Kaj Ubdy, a fiddler from Christmas Island. He was the recipient of a $1,000 scholarship was awarded. 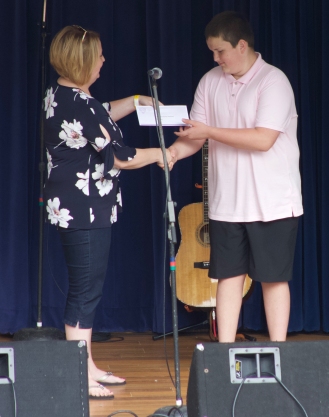 We want to congratulate the 2018 scholarship recipients: 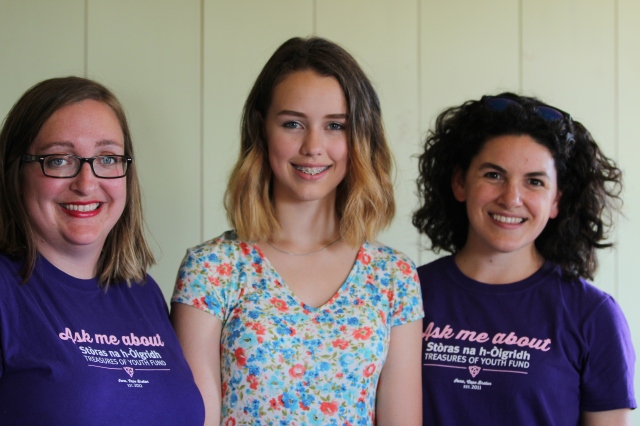 We are very proud to announce that the Stòras na h-Òigridh – Treasures of Youth Scholarship Endowment Fund is currently at $61,857.87. By contributing to an endowment fund, your donations are investments that continue to grow (allowing us to grant scholarships through the fund’s annual distributions). In other words, it’s a gift that keeps on giving! 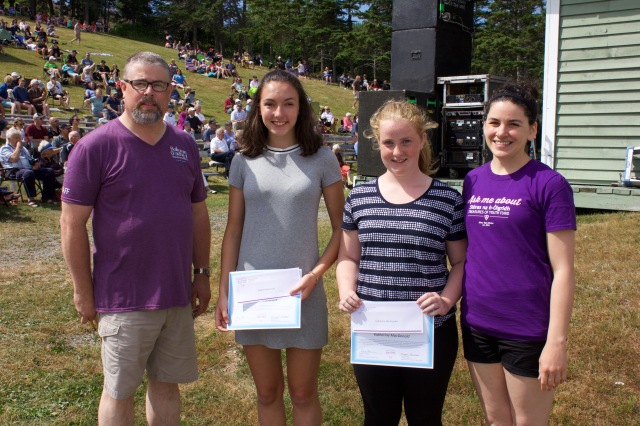 In 2017, $1,000.00 scholarships were awarded to Katherine MacDonald, Little Narrows and Abigail MacDonald of St. Andrews, who both will study piano. Katherine & Abigail have proven a commitment to the rich Scottish Gaelic traditions of Cape Breton.

Winners of this years of scholarships Olivier Broussard and Drea Shephard.

Stòras na h-Òigridh – Treasures of Youth is pleased to announce that two $1,000 scholarships have been awarded for 2016, thanks to the generosity of its donors.

11 year old Drea Shephard of Sydney, Nova Scotia, will be working on her fiddle, piano, Gaelic song and dance skills. Her fiddle teacher Boyd MacNeil describes Drea as a “cultural sponge” who “will no doubt keep our traditions alive and well for future generations.”

17 year old Olivier Broussard of Port Hawkesbury, Nova Scotia will be honing his fiddle and dance skills. “Olivier gives it everything he has as a musician. It is often said “you get out of it what you put into it” and this could be no truer in Olivier’s case,” states his fiddle teacher Kinnon Beaton.

Both Drea and Olivier have demonstrated her commitment with their time studying and practicing their skills as well as sharing them at gatherings or at performances.

The scholarships are awarded annually to young Nova Scotians between the ages 5-21 with a keen interest to advance their skills in one or more of the following Scottish Gaelic traditions: fiddle, pipes, piano, language, storytelling, song and dance. This year, through fundraising efforts, two $1000.00 scholarships were awarded.

Winners of this years scholarships Roddie MacInnis and Stephanie MacDonald.

Stephanie and Roddie have proven a commitment to the rich Scottish Gaelic traditions here in Cape Breton. While, Stephanie has been focusing on the Cape Breton style of piano and guitar, Roddie has been taking fiddle, stepdancing, and Gaelic language lessons. Both are dedicated to learning and passing on these traditions to future generations. They plan on using this scholarship to spend time with local instructors that will encourage the growth of their young talent. 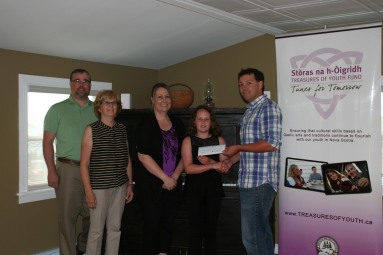 Seonaid Eilidh NicNill– Jessie Helen MacNeil is a grade 8 student from Mabou. She has demonstrated her commitment to traditional Gaelic arts with her time studying Gaelic in school, practicing Gaelic songs at home as well as in the community, and spending time with native speakers.  Jessie Helen hopes to become a fluent Gaelic speaker in Cape Breton, so she can promote and share the Gaelic language and traditions with others.

“I can’t imagine what life would be like if I didn’t have Gaelic music and language and culture as the basis for much of what I do each day. It will be a lifelong adventure for me and it is so much fun.” -Jessie Helen MacNeil.